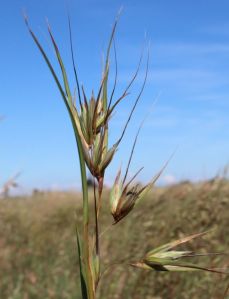 Moreland City Council has confirmed that the name for the reserve at Jukes Road, Fawkner has now been approved as “Bababi Djinanang” and will be gazetted in the Victoria Government Gazette on Thursday 30 May 2013. Following the gazette notice, both Vicnames and Vicmap will be updated.

Bababi Djinanang means “mother’s foot” in the Wurundjeri language and it forms part of an innovative system of Wurundjeri names for native grasslands along Merri Creek as making up parts of the mother’s body.

Five names were provided by the Wurundjeri Tribe Land and Compensation Cultural Heritage Council in 2006, after a request by Friends of Merri Creek to provide appropriate names for sites of cultural and ecological significance.

The names were bestowed by Wurundjeri Elder, Doreen Wandin-Garvey, on 14 August 2006, according to Council meeting minutes: “The remnant grasslands along the Merri Creek reveal glimpses of the land as the Wurundjeri would have known it, making it appropriate that they have Wurundjeri names.” say the minutes (PDF) of the Council meeting 10 October 2012.

However, only one other site name has been so far approved: “Ngarri-djarrang” (or ‘thigh”) for the grasslands at Central Creek in Reservoir, opposite the Bababi Djinanang grasslands.

The approval of the remaining names is the responsibility of Parks Victoria. They are: “Bababi Marning” (or “mother’s hand”) for Cooper St Grasslands in Campbellfield, “Galgi Ngarrk” (or “back bone”) for Craigieburn Grasslands and “Marran Baba” (or mother’s body) for the new regional Merri Creek Parklands, north of the Western Ring Road.

The patches of Volcanic grasslands along Merri Creek are part of the remnant ecosystems actively managed by the Wurundjeri people from before the settlement of Melbourne in 1835. The native grasslands are an imporatant ecosystem which once stretched for hundreds of miles across the basaltic plains west of Melbourne. With development only about 1% of these grasslands are left in small pockets which harbour an important diversity of native flora and fauna species. They continue to provide important habitat for rare and endangered species, both plants and animals.

The grasslands of Bababi Djinanang are actively managed following the traditions of the Wurundjeri. About a third of the grasslands are burnt each year to stimulate regrowth of native grasses. Merri Creek Management Committee have been undertaking sustainable burnoff of the grasslands for 20 years, with the assistance of Wurundjeri elders.

Occasionally you may even notice kangaroos grazing at Bababi Djinanang, after following the creek down from the grasslands further north.

A bird of prey over Bababi Djinanang (Jukes Rd Grasslands)

A still pool in Merri Creek