There are plans to build warehouses on the old Nufarm Chemicals site in McBryde St Fawkner. This site was highly contaminated with dioxins when it was operational.

A campaign by local residents who were effected by the toxic fumes, particularly Elsie Snowden from the Fawkner Progress Association succeeded in closing the plant down.

Local residents are opposed to any development occurring on the site because even cement footings for warehouses will pierce the clay cap and could cause the toxic fumes to be released again. Local residents are forming an action group to oppose the proposal and to make sure that the current generation knows how toxic this site is.

The original #EPA audit of the site only audited the two central sites of the old factory and not the surrounding sites which are likely to also be contaminated.

The next meeting of the action group to stop development on the toxic site at 102 McBryde st will be on:
Wednesday 3 May, 7pm @ the 95 Major Road site of Fawkner Community House.

There are more background details both from Cr Bolton and Council officers in the report and motion that was put forward by Cr Sue Bolton at Moreland Council meeting 12 April 2017. I have excerpted the 3 page item from the publicly available Council agenda : NOM19/17 TOXIC SITE IN FAWKNER (D17/109333)
END_OF_DOCUMENT_TOKEN_TO_BE_REPLACED

Today I went on a scouting trip along the Upfield railway line to Camp Road, the site of a level crossing removal to start in the later part of 2017 and be completed by 2019.

I have come to the conclusion:

The Upgrade of the Camp Road level crossing needs to include either a tunnel for cyclists as part of the railway in trench design, or pedestrian lights to allow cyclists to cross Camp Road in safety.

The consultation and community engagement is at The Meadows Greyhound Racing track.

END_OF_DOCUMENT_TOKEN_TO_BE_REPLACED

Beginner-birders are welcome to Friends of Merri Creek surveys, as well as experienced birders. Bring binoculars if you have them, and closed-in footwear, sun-hat or raingear if necessary, and drinking water. No dogs, please.

Are you ready to rumba with the Bongo Brothers? Or be mesmerised by the sweet voices of the Moomba Park Primary school choir or Fawkner Community House Choir? Or watch the incredible music of Ustad Khalil Gudaz, a Master sitar player performing traditional Afghani and Indian music. Maybe you just want to do some middle eastern hip hop, or try some circus skills.

Come along for an afternoon of inclusive performance and community entertainment at this year’s Fawkner Festa.

The Fawkner Festa 2016 will take place on Sunday 6 November 2016 at CB Smith Reserve from 12 – 4 pm.
END_OF_DOCUMENT_TOKEN_TO_BE_REPLACED

Ever wanted to be a citizen scientists? Here is your chance to help out in Fawkner.

What: Flax Lily & Blue-banded Bee Wild Pollinator Count
When: Sunday 13 November, 10am-12.30pm
Where: Meet in the Parklands at the east end of Jukes Rd Fawkner
(Melway 18 A2).

Refreshments will be provided.

Phone Ray or Monica at MCMC 9380 8199. This project is funded by Victorian Government’s Threatened Species Grant and the many generous donors of a crowdfunding campaign! 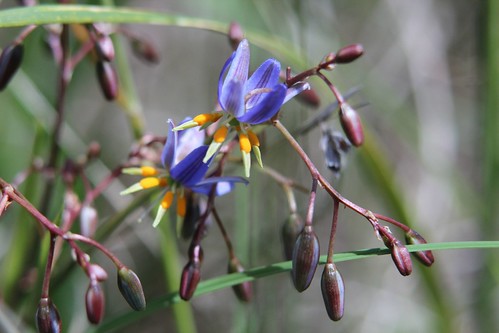 For October 2016 Fawkner Library features a unique exhibition of photographs showing the Merri Creek Valley before and during it’s transformation over the last 40 years.

Pop in to the library to enjoy this free exhibition and appreciate the work of so many people, many volunteers to make Merri Creek an important natural ecosystem refuge in our urban environment.

The photographic exhibition is by the Merri Creek Management Committee and the Friends of Merri Creek.

Featuring ‘before and after’ photographs illustrating the transformation of Merri Creek from a drain and dumping ground to a waterway and a much-loved bushland corridor, the exhibition celebrates the ongoing collaborative efforts by community volunteers, local Councils, government agencies and others. While there is still much to be done, the creek continues to improve.

The second meet the candidates forum for the inner northern Melbourne electorate of Wills was organised by the Fawkner community house. The main contest is between Labor and the Greens, but 10 candidates are standing. An apology was received from the Liberal candidate.

John Englart from Sustainable Fawkner asked the first question.
Question: It is World Environment Day today. How many of you have visited the Bababi Djininang grasslands at the end of Jukes Road in Fawkner? How many of you realise we have an endangered species in that grasslands area?

Response: Only Samantha Ratnam and Zane Alcorn had indicated they had visited or passed Bababi Djininang, and no one was aware we have endangered species right here in Fawkner.

The Matted Flax-lily (Dianella amoena) is a nationally endangered species found along the embankment of Merri Creek. Further up Merri Creek (outside of Wills) the endangered Golden Sun Moth and Growling grass frog can also be found.

Read an account here including questions and candidate responses:
https://storify.com/takvera/wills2016-candidates-meeting-fawkner-ausvotes

The ten Candidates in the order listed on the Wills ballot paper:

When you vote I urge you to take into account the environment and climate policies of the candidates, as well as their social and economic policies.

See also the ABC Promise Tracker: How does the Coalition’s record stack up as the nation heads to a new election? and

Don’t forget the Federal election sausage sizzle map:
not too late for schools to do some sizzling fund raising at polling booths.

We have decided to extend the time for May Food Swap, so that we can include a working bee in the garden. There are always bushes to prune, weeds to pull, seedlings to plant. Please bring some food to share if you can. Also extra garden tools would be a great help.

So come and join us for some, or all of this event…. for a chat, to swap some garden produce, share some lunch, and lend a hand if this works for you.

Merri Creek Management Committee and Friends of Merri Creek have another tree planting in Fawkner on Mother’s Day, Sunday 8 May, 2016

Everyone is invited to help out at this event:

On Mother’s Day, help Mother Earth by planting to add to the habitat along Merri Creek.

There’s also skin art for children and you can learn about local Aboriginal culture. Later, enjoy a free barbecue with vegetarian and Halal options.

In the past these plantings of trees and native grasses have been enormously successful. Come along and meet your neighbours. Help restore the habitat and ensure wildlife diversity along the Merri Creek.

The importance of pollen pathways in Fawkner

“Did you know that endangered plants grow along the Merri Creek in Fawkner and Reservoir? That a rare Merri Creek lily’s sex life relies on a bee with a pitch perfect hum? Or that helping rare plants in a local parkland could help you grow better tomatoes? Learn about these fascinating facts and more in a presentation by Brian Bainbridge, Merri Creek Management Committee’s Ecological planner.” said the blurb on the Moreland Council website advertising the talk.
END_OF_DOCUMENT_TOKEN_TO_BE_REPLACED