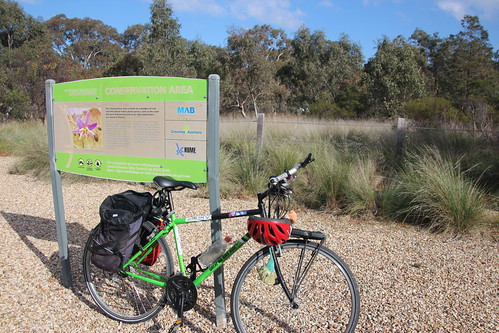 In May and June I spent some time cycling along Merlynston creek on several trips, exploring some of it’s secrets. Merlynston Creek is about 11 kilometres long from it’s source in an industrial area in northern Campbellfield, just a little north of the Ford Broadmeadows plant, to it’s confluence with the Merri Creek just north of Coburg Lake.

Money for East west link, but no cash for surfacing Merlynston Station carpark

The State Government has just handed down it’s 2013 budget. As expected, there is little for public transport, or meeting it’s own environmental election promises. Instead we see more support for brown coal which contributes to climate change, and to major road projects like initial funding for the east west link which will result in a public-private partnership and a privately managed tollroad which you and I will pay to travel on. The Metro rail tunnel and other badly needed rail network extensions have been effectively shelved by the current Government.

It hurts even more when the State Government ignores basic maintenaince and simple upgrades which benefit public transport commuters. Melbourne’s inner middle northern suburbs residents are calling out for existing station car parks to be resurfaced, at the cost of several thousand dollars, to avoid injuries such as broken ankles sustained from potholes in the gravel carpark surface.
END_OF_DOCUMENT_TOKEN_TO_BE_REPLACED